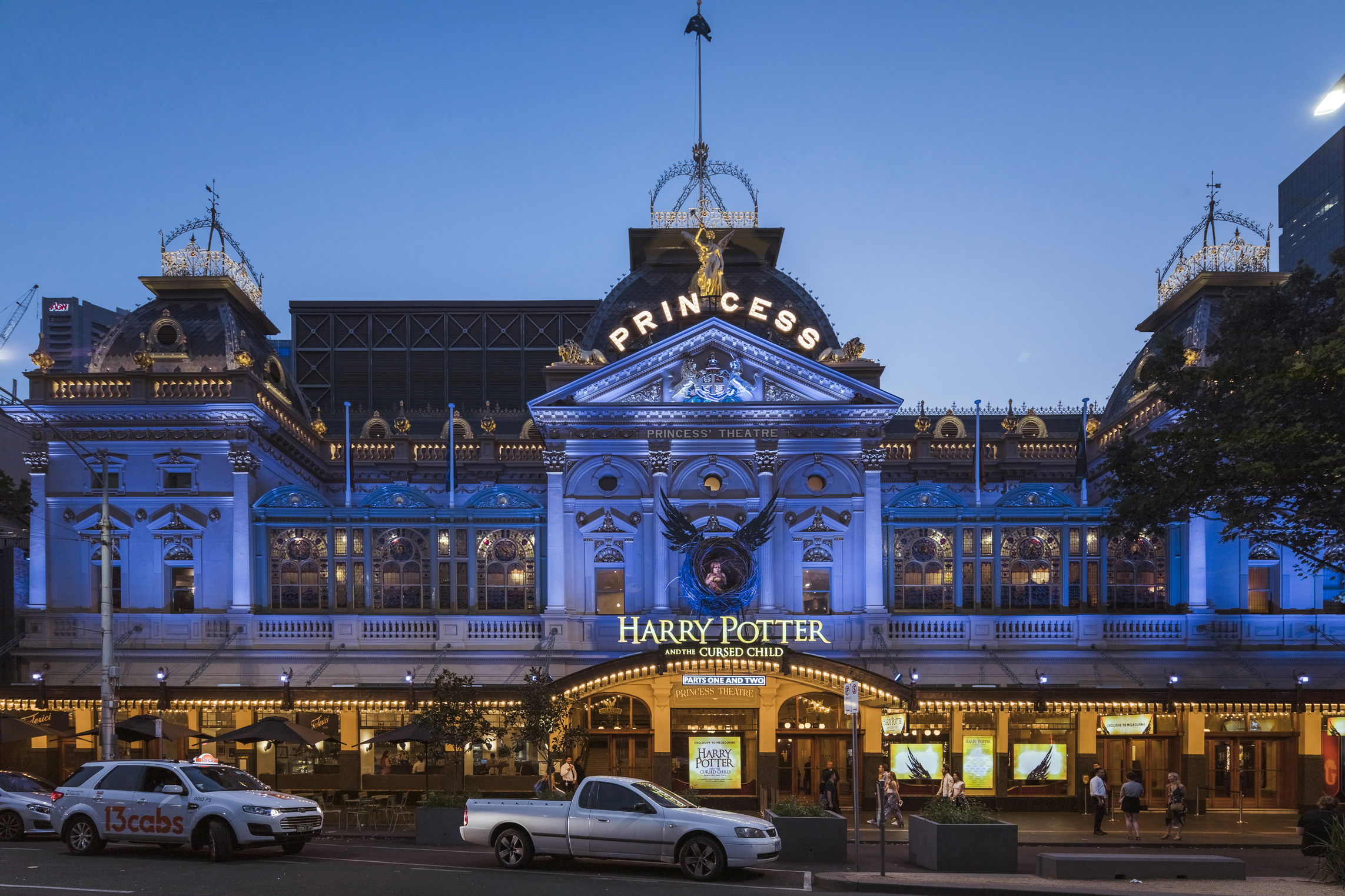 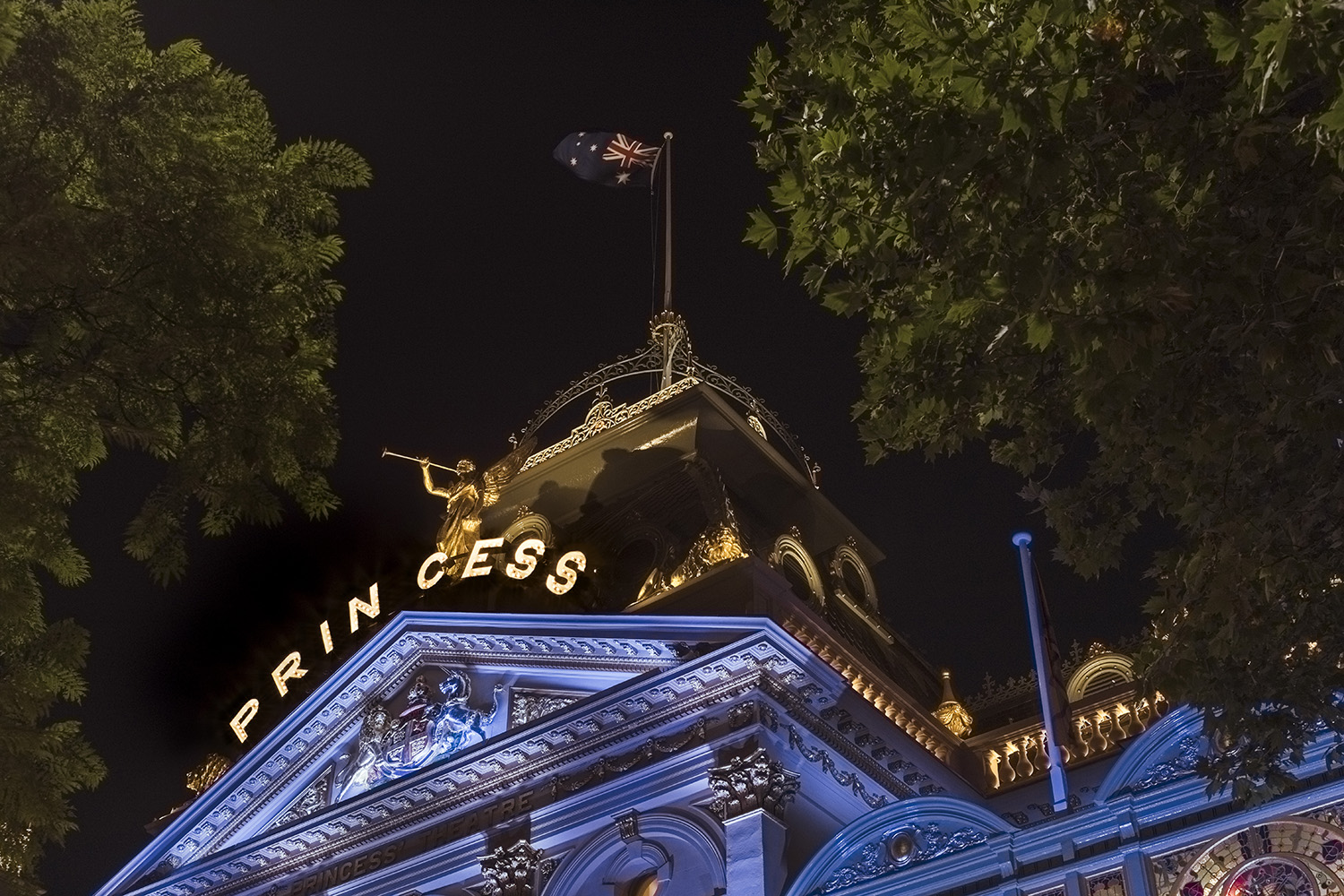 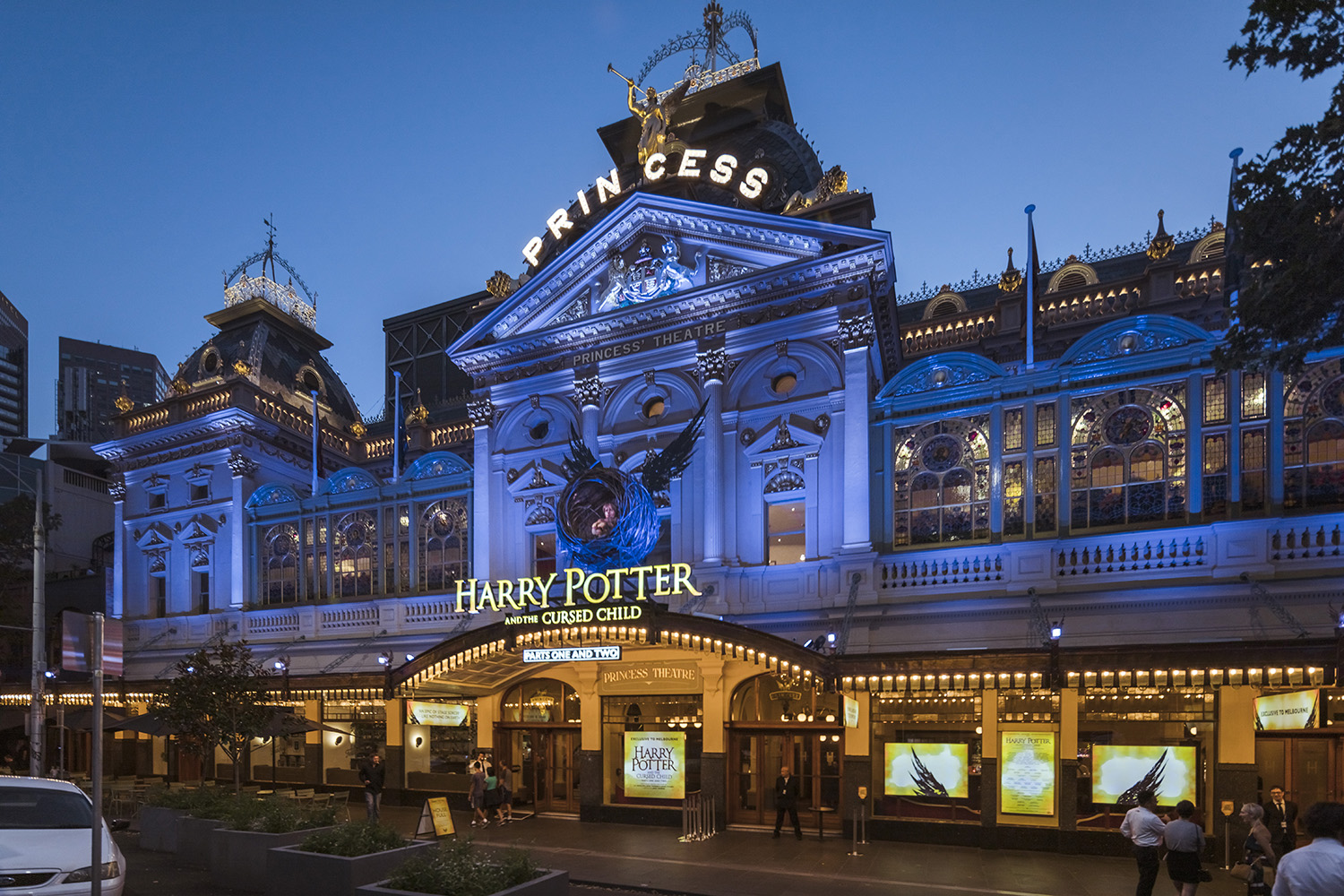 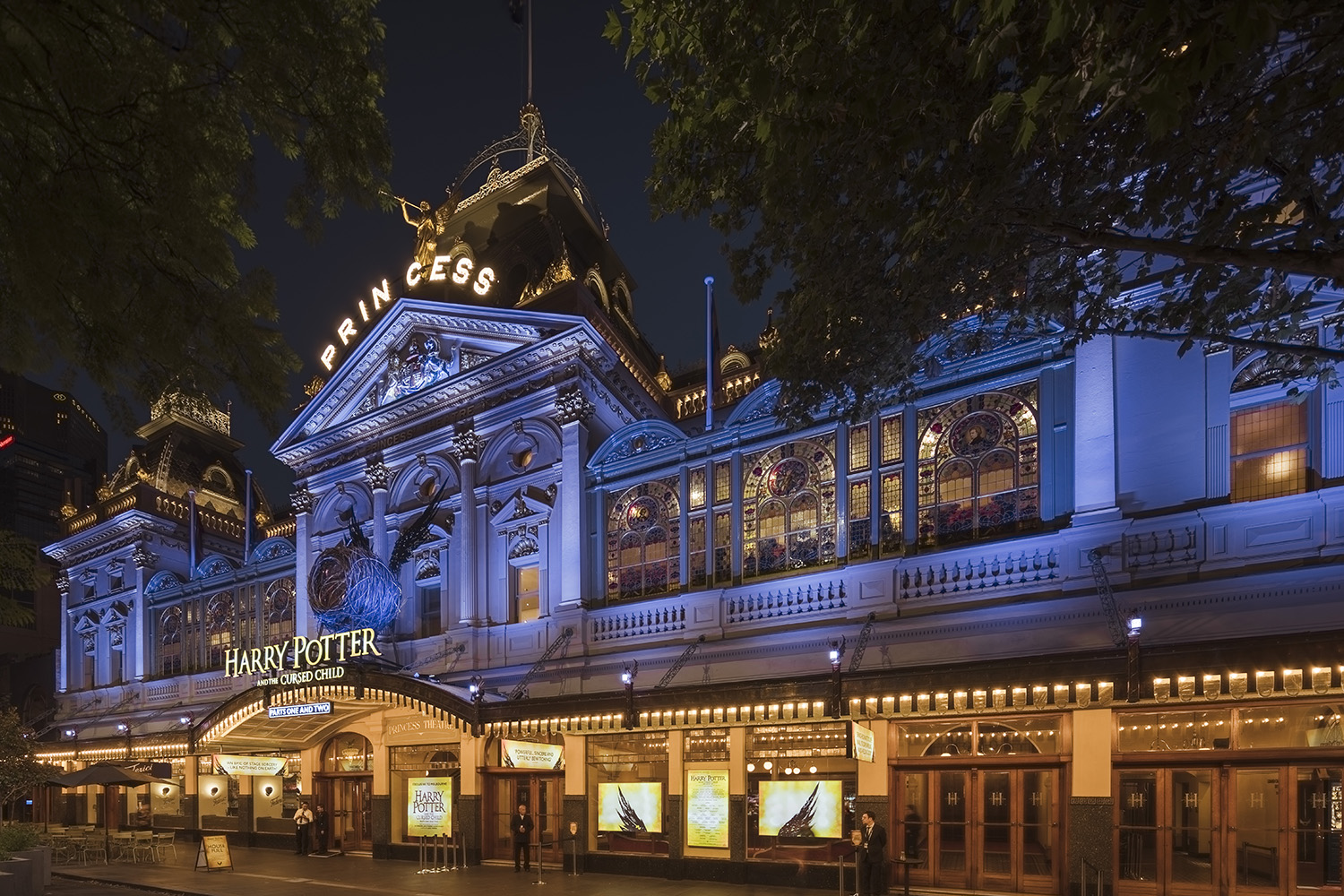 With the announcement of the award-winning production, Harry Potter and the Cursed Child, the Princess Theatre underwent conservation. The exterior components and ornamentation were carefully reconstructed to showcase the original detailing of the theatre. WE-EF luminaires were employed to illuminate the renovations and emphasise the decorative elements. The design includes the POWERFLOOD 3 Projectors to highlight the sculpture of Fame and the flagpole. Colour changing linear X-LINE QUATTRO luminaries illuminated the reconstructed Corinthian pilasters and central pediment, whilst also providing a façade wash on the canopy. The illumination of the newly renovated exterior produces a dazzling effect for spectators, bringing the Princess Theatre to life. 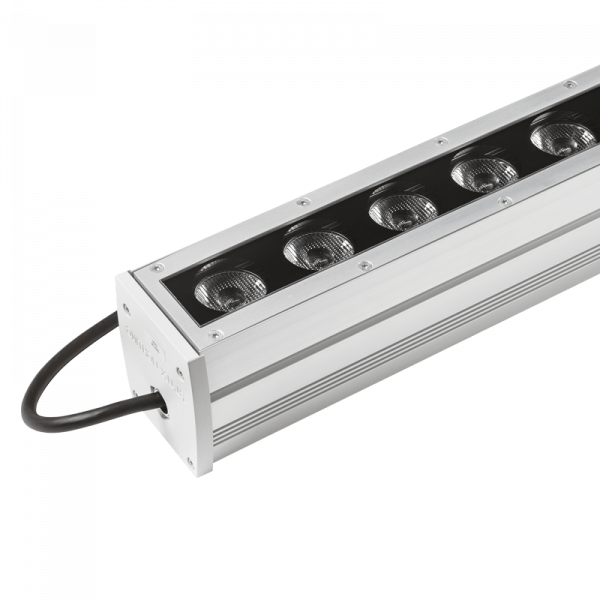 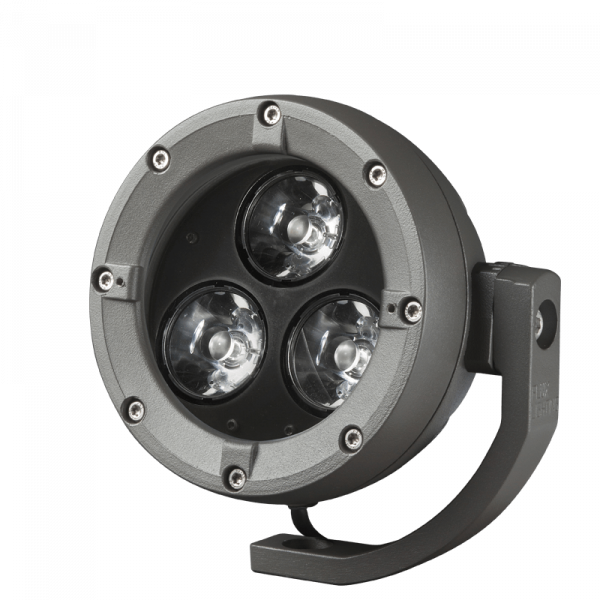